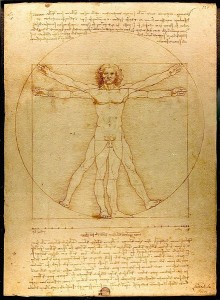 When I left the music industry I swore I’d never work with artists again! Until I started working with entrepreneurs. The similarity is uncanny. Drew Hansen, a writer at Forbes thinks so too.

Steve Blank has argued that entrepreneurs are artists. I think that he’s referring, in particular, to entrepreneurs who found scalable startups.

In an interview on Founderly, he compares the characteristics of founders to those of several famous artists, including Michelangelo and Beethoven. He makes this statement:

It’s about a vision of what could be. And much like great composers putting together a symphony, founders are different from the early employees. The founders see the vision, but then they manage to attract a set of world-class performers.

I agree that entrepreneurs are similar to artists because they both possess a vision for something new. But not only that: they’re both outsiders. More often than not, by the time the majority of the population accepts an artist or entrepreneur, he has moved onto the next project. Staying on the fringe, away from the mainstream, has its advantages.

From his position as an outsider, the entrepreneur can employ the discovery skills identified in the book, The Innovator’s DNA.

Two of the discovery skills are questioning and observing. Without ties to the establishment, an innovator is free to continually challenge conventional thinking without risking serious backlash, and by maintaining a certain degree of aloofness, he can make clearer observations. In the introduction to a recent edition of Alexis de Toqueville’s Democracy in America, Joseph Epstein notes one source of the author’s prescience:

But detachment, the quality of never feeling fully part of any setting in which he found himself, was also useful for the polished observer and relentless analyst he was to become.

Successful entrepreneurs, it seems, habitually step back from the flurry of everyday activity to question and observe. In future posts, I’d like to debate which is more critical to entrepreneurial success: specialized knowledge or a fresh perspective.

« Previous Post Who Did I See at the Nevada County Fair? Next Post » How to Tap Employee Ideas

All Great Projects Start With a Great Plan

All Great Projects Start With a Great Plan